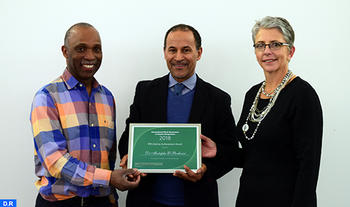 Rabat – Moroccan scientist Mustapha El Bouhssini has received the prestigious “Lifetime Achievement Award 2018” for his research in the field of plant resistance to insects, during the International Congress on Insect Resistance, held on March 6-9 at the Rothamsted Research Center in Harpenden (England).

El Bouhssini, who has been conducting research at ICARDA since 1996, has contributed through his research to the development of germplasm of durum and soft wheat varieties resistant to the Hessian fly in Morocco. He has also been actively involved in the development of other insect resistant germplasms such as wheat bugs, chickpea leafminers and Russian aphids (wheat and barley), according to the same source.