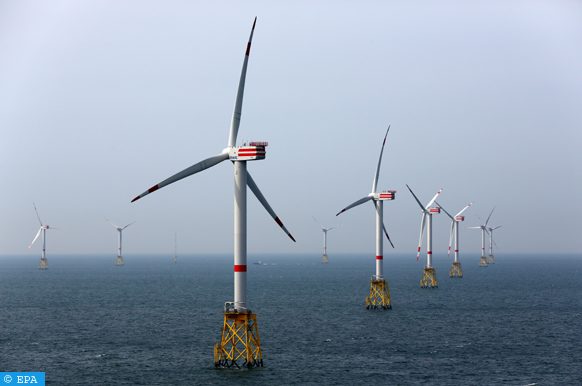 Bern – Morocco’s efforts in sustainable development and the fight against climate change were highlighted at a conference organized Wednesday in Bern by the Swiss-African parliamentary friendship group, under the theme ”Africa, a driver of innovation for the climate”.

This conference, at which Morocco was the guest of honor, was chaired by the Swiss National Advisor (MP/Liberal Green Party), Isabelle Chevalley, president of the Parliamentary Friendship Group Switzerland – Africa, with the participation of Moroccan ambassador in Bern, Lahcen Azoulay, parliamentarians, representatives of federal and cantonal offices, diplomats, experts and NGOs working in the field of sustainable development.

Speaking via videoconference, secretary general of the department of Environment at the Ministry of Energy, Mining and Environment, Mohamed Benyahia, noted that Morocco is recognized as a leader in the fight against climate change, thanks to an ambitious NDC (Nationally Determined Contribution) given its level of development.

“In accordance with the message of HM King Mohammed VI at the UN Climate Action Summit held in New York in 2019, Morocco has updated its NDC by raising its ambition through a target of reducing greenhouse gas emissions by 45.5% by 2030,” he recalled.

According to the Climate Change Performance Index (CCPI) of 2021, Morocco holds a brilliant fourth place out of 58 countries evaluated, just behind Sweden, Denmark and the United Kingdom, he recalled, noting that the intensity of emissions per unit of GDP has experienced an average annual decline of 2.2% since 2004. “This is to say that the Moroccan economy is becoming more sober in carbon, and this despite the period of economic and financial crisis recorded in 2008,” he noted.

Wishing to consolidate its achievements and strengthen its climate leadership, Morocco has developed a Low Carbon Development Strategy by 2050, in accordance with the Paris Agreement, said Benyahia.