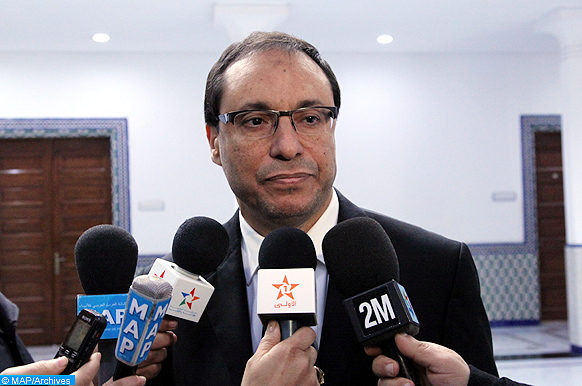 Washington – Minister of Equipment, Transport, Logistics and Water, Abdelkader Amara, started on Monday a week-long working visit to the United States, focusing on developing cooperation between Morocco and USA in the water sector.

Accompanied by a delegation composed of director general of the National Office of Electricity and Drinking Water (ONEE), central directors and senior officials from the ministry of Equipment, Transport, Logistics and Water, Amara will meet with senior US government officials in various administrations and agencies and conduct field visits to several water infrastructures.

The minister kicks off his visit with an official segment in Washington where he will meet with US Secretary of Commerce Wilbur Ross, in the presence of HM the King’s ambassador to the USA, Lalla Joumala Alaoui.

Amara will also hold talks with Assistant Secretary for Water and Science at the US Department of Interior, Timothy R. Petty, in the presence of Commissioner of the United States Bureau of Reclamation (USBR), Brenda Burman, and Director of the United States Institute of Geological Studies (USGS), Jim Reilly.

Other meetings focusing on water issues are also planned with senior officials from the National Aeronautics and Space Administration (NASA), the United States Army Corps of Engineers and the United States Agency for International Development (USAID).

After these meetings, the minister will travel to Phoenix, Arizona (west), to visit the Central Arizona Project (CAP), an important hydraulic structure that transfers water from the Colorado Basin to central and southern Arizona, as well as the Hoover Dam, the centerpiece of the CAP.