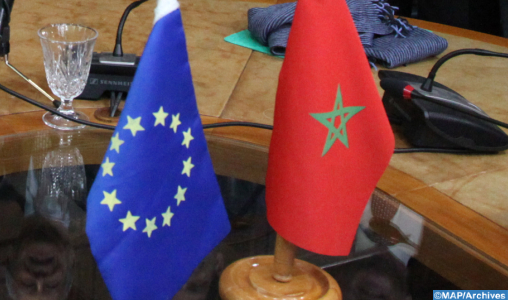 Rabat – The deputy head of the European Union (EU) delegation in Morocco, Alessio Cappelani, stressed, Monday in Rabat, the major importance of the energy transition and the fight against climate change in a global context in perpetual change, saying that the Kingdom represents, in this regard, an African leader of the green transition.

Speaking at the 15th Energy Conference, which is held under the theme “Energy Transition: progress report and prospects 2035”, Cappelani added that “Morocco is a key partner for the EU in the process related to its climate target for 2050, thanks to its ambitious climate and energy policy”, highlighting the partnership that unites the two parties and which details their joint actions on climate.

For him, Morocco and the EU have much to gain together for stronger energy security, regular trade opportunities and more efficient protection of citizens against the impact of climate change.

He stressed that the EU is counting on the Kingdom to further assert itself as a leader in the green transition in Africa, by displaying its enormous potential and positioning itself as an eco-responsible, competitive and carbon neutral partner.

The deputy head of the EU delegation also stressed that a strong, collective and appropriate response to geopolitical, energy, climate and environmental challenges must be put in place following the presentation by the EU of the Green Pact which is the new growth strategy of Europe to combine environmental, economic and social sustainability.

For his part, the head of the African Development Bank (AfDB) Country Office for Morocco, Achraf Tarsim, presented a comprehensive perspective on the energy transition in Africa.

“For Africa, the redesign of the global energy system refers to the accessibility to electricity, which still remains a primary problem for the continent, and therefore pushes the energy transition to be done in a fair and equitable way,” he explained.

President of the National Electricity Regulatory Authority (ANRE), Abdellatif Bardach, said that for a country like Morocco, the investment needs are enormous to successfully transition to an energy system largely dominated by renewable resources and clean energy.

Organized under the High Patronage of HM King Mohammed VI by the Energy Federation with the support of the Ministry of Energy Transition and Sustainable Development, the 15th Energy Conference brings together a host of Moroccan and foreign institutional figures to take stock of progress and especially to examine the future prospects of a highly strategic sector.