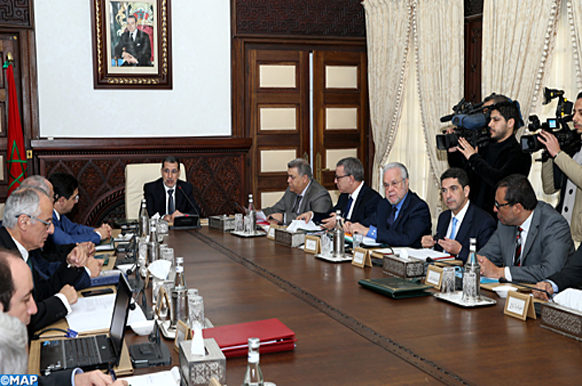 Rabat – Morocco’s participation in the World Water Forum, organized in Brazil, was a “success”, head of government Saad Eddine El Othmani said on Thursday in Rabat, adding that a number of diplomatic activities were held on the sidelines of this event, especially with the Brazilian party.

El Othmani, who was speaking at the beginning of the weekly cabinet meeting, said he was honoured to represent His Majesty King Mohammed VI in this forum which is of great importance, especially as Morocco puts the issue of water at the centre of its concerns and considers it a challenge for the whole region and for many countries in the world, noting that the presence of the Kingdom at this meeting is a global and diplomatic event.

The Head of Government noted that the Moroccan participation in this forum was an opportunity to highlight the nature of relations between the Kingdom and Brazil, given the special place of this country among the States of South America, emphasizing that Morocco aspires to strengthen its relations with Brazil, which is currently its third client, develop its economic relations with this country and encourage it to invest in the Kingdom.

El Othmani recalled, in this regard, that the first edition of the World Water Forum was held in Marrakech in 1997 at the initiative of late king Hassan II, adding that Morocco was among the founders of this Forum and that the creation of the Hassan II Water Prize in 2000 is an international recognition of efforts and important initiatives undertaken in the field of water management and preservation, as a vital resource that must be preserved for future generations.