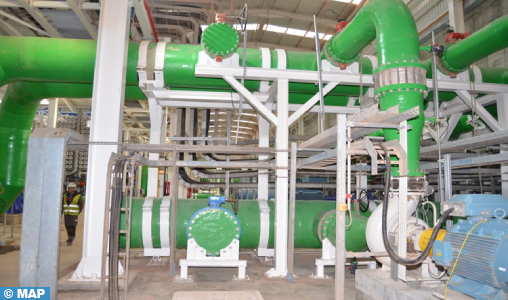 Rome – HM King Mohammed VI’s enlightened vision for water management, through the promotion of investment, was highlighted on Tuesday at the high-level conference “Rome Water Dialogue”, organized by the UN Food and Agriculture Organization (FAO).

“The management of water resources cannot be efficient and effective without a responsible and targeted investment, as clearly identified by the royal vision,” said Ambassador Youssef Balla, Permanent Representative of Morocco to the UN agencies in Rome, who was speaking alongside FAO Director General, Qu Dongyu, and UN Under-Secretary General for Economic and Social Affairs, Li Junhua.

Citing a United Nations report on water resources development, the Moroccan diplomat said that more than 78% of jobs in the world depend directly or indirectly on water, explaining that water resources are an attractive parameter for private investment in various sectors and industries.

Encouraging such investment in the water sector will simultaneously address the environmental, economic and social challenges it faces, said Balla at the meeting, held as part of the United Nations 2023 Water Conference.

The management of water resources has always been a major priority for the Kingdom, which taking into account climate change, the accelerated evolution of needs and the multiplicity of users, has adopted, since the 90s, an effective and forward-looking policy for the optimal management of its water resources, he noted, reviewing the various strategies and initiatives undertaken by Morocco in this area, including desalination of water.