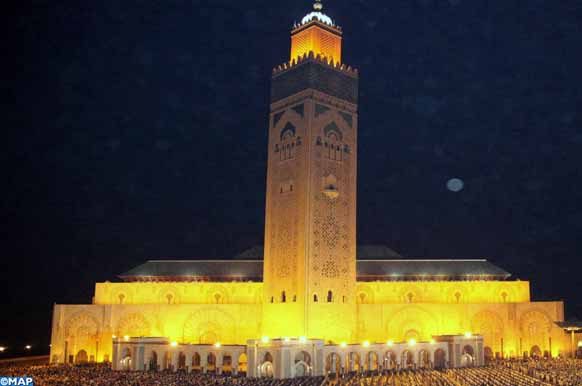 Rabat – As a symbolic Moroccan landmark, Casablanca’s Hassan II Mosque will join the Earth Hour movement and switch off its lights for one hour on Saturday, March 24, the World Wide Fund for Nature (WWf) said in a release.

“Being well aware of the serious problem of greenhouse gas emissions and therefore the importance of energy savings for the protection of our environment, the Foundation of Casablanca’s Hassan II Mosque is set to join the 11th edition of “Earth Hour” by symbolically turning off non-essential lights on Saturday, March 24, 2018, between 8:30 p.m. and 9:30 p.m.,” pointed out Secretary General of the Foundation of Casablanca’s Hassan II Mosque, Mohammed Barkaoui, quoted in the release.

On this occasion, WWF has launched the new website of earth hour Morocco: www.earthhourmaroc.ma, which provides a registration platform for companies and public bodies wishing to participate in earth hour 2018 by symbolically turning off non-essential lights.

Every year, millions of people around the world join the Earth Hour movement and switch off their lights for one hour to show support for protecting the planet and stopping climate change.

Earth Hour was started as a lights-off event in Sydney, Australia in 2007. Since then it has grown to engage more than 180 countries and territories worldwide. 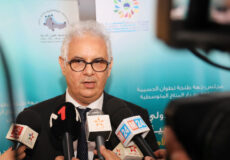