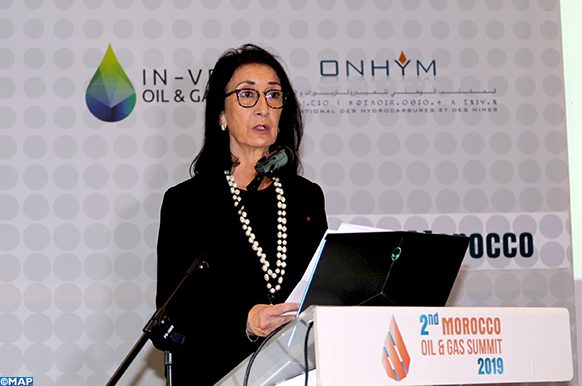 Rabat – Morocco is for the maintenance of the Maghreb Europe Gas Pipeline (GME), whose contract expires on October 31, 2021, said Director General of the National Office of Hydrocarbons and Mines (ONHYM), Amina Benkhadra.

The willingness of Morocco to maintain this export route has been clearly stated consistently at all levels for over three years, said Benkhadra in an interview with “Maroc Le Jour”, the French daily of the Moroccan News Agency (MAP).

“This is our will, as we have expressed it verbally and in writing, publicly and in private discussions, always with the same clarity and consistency,” she said in reaction to some information relayed by electronic sites and social networks claiming that Morocco would have decided to prevent the supply to Spain at the end of the contract.

The GME, which has been in operation for the past 25 years, “is a great tool for win-win cooperation and an example of a mutually beneficial regional project,” said Benkhadra.

“This pipeline was built by Spain to allow Algerian gas to reach Europe through Morocco, in optimal safety conditions,” she said, adding that this service is provided by Moroccan staff and management of the company Metragaz, which is welcomed by all European stakeholders.

Benkhadra said that access will be free and rates will be transparent and non-discriminatory, noting that this facility is now amortized, the rates will be more competitive than any other competing means of transport.

Regarding the announcement of an important discovery of an oil field off Agadir, the DG of ONHYM confirmed that “geological work and interpretation of 2D and 3D seismic data, but also the old wells in the area, have identified several prospects, stating that the potential resources are estimated by Europa Oil & Gas to 2 billion barrels.

“This assessment is confirmed by ONHYM’s own data, but these are potential resources and not proven reserves,” said Benkhadra, who recalled in this context the latest statement issued in this regard by the Office.

To prove these reserves, additional specific work must be done, including additional drilling, she noted.

“We would have liked to have done these drillings before any communication, but our partners, often publicly traded foreign oil companies, are obliged to make public announcements at different stages of their discoveries and we can’t stop them,” she noted.

On this occasion, she said that oil exploration is a long process, highly capital-intensive and very risky, because even in case of discovery, appraisal operations and many other drillings are necessary to estimate and prove the reserves in place before starting the development phase.

These various stages, said the DG of ONHYM, can last several years depending on the nature and type of deposits before entering the production phase, noting that “more than 97% of investments are made by foreign partners on their exploration licenses and several areas have potential onshore and offshore, especially that the offshore basins cover nearly 300,000 km2 and have only 42 wells drilled”.

In this sense, she said that several areas off Rabat-Sale, Essaouira, Agadir, Tarfaya and Boujdour are potential and have shown active oil systems, calling for continued efforts and especially drilling wells.

“We are confident about the oil and gas potential of our country. History is full of examples of countries that have put a lot of time and effort before achieving a major discovery,” said Benkhadra, noting that the case of Mauritania and Senegal, which have similar geological systems to Morocco, shows that perseverance always pays off.