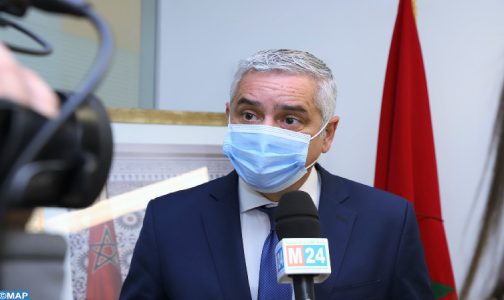 Initialled by the Directors General of the AMEE and ANER, Said Mouline and Djiby Ndiaye, this agreement is part of the triangular cooperation between AMEE, ANER and the Andalusian Agency for International Development Cooperation (AACID).

This agreement is also part of the implementation of the administrative protocol project, “Promotion of the use of alternative energies in northern Morocco”, linking the Moroccan and Senegalese agencies, as well as the memorandum of understanding (MoU) signed between both agencies for the granting of a subsidy for the promotion of energy efficiency and alternative energy in Senegal.

On this occasion, the Director-General of AMEE noted that this “South-South and North-South-South” aims to consolidate the capacities of Senegalese actors, for the optimization of energy efficiency.

During the COP22, the summit of African heads of state has called for African solutions to address climate issues, Mouline noted, stressing that the AMEE adheres firmly to the dynamics of this cooperation.

It will indeed raise awareness among Senegalese public and private actors on the importance of using alternative energies, promote the exchange of experience between the three institutions and organize awareness-raising campaigns, given the place of the private sector in the social and economic development of any country. “The green economy brings new markets and creates sustainable jobs,” he said.

Under this agreement, the AMEE undertakes to organize training sessions for the benefit of ANER’s executives and its partners on energy efficiency and renewable energy, to initiate exchange and study tours for executives of this agency in Morocco, and to provide technical assistance for the implementation of a pilot project of alternative energy.

For his part, the Director-General of ANER welcomed the Moroccan-Senegalese partnership that reflects the strength of fraternal relations between the two countries, noting that ANER is committed to mobilize the Senegalese actors concerned, during awareness-raising workshops, training sessions and study visits.

The ANER will ensure that the data necessary for the realization of the various technical services will be available to AMEE, he added.

For its part, the AACID undertakes, within the framework of triangular cooperation, to ensure the coordination and financing of the actions included in this agreement.

The AMEE’s mission is to implement government policy, aimed at reducing energy dependency, through the promotion of energy efficiency. The ANER seeks to promote the use of renewable energy in all sectors of activity, while AACID aims to optimize, in terms of efficiency and economy, the management of public resources that the Administration of the Junta de Andalucía allocates to international cooperation for development. 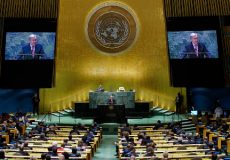