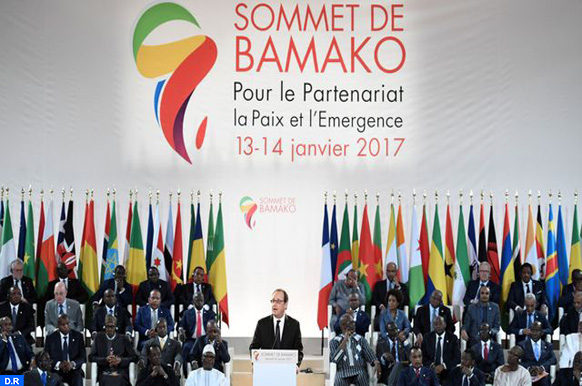 Bamako – Heads of State and Government attending the 27th Africa-France Summit, which ended Saturday in Bamako, lauded the “success” of the 22nd Conference of the Parties to the United Nations Framework Convention on Climate Change (COP22), held on November 7-18 in Marrakech.

“Heads of State and Government welcomed the success of the COP 22, held in Morocco, which put Africa at the heart of its action program, thanks to the proclamation of Marrakech for action in favour of our climate and sustainable development,” said the final declaration of the Summit.

They also praised the holding of the first Africa Action Summit for a continental co-emergence, reaffirming the crucial role of renewable energies to speed up the continent’s development.