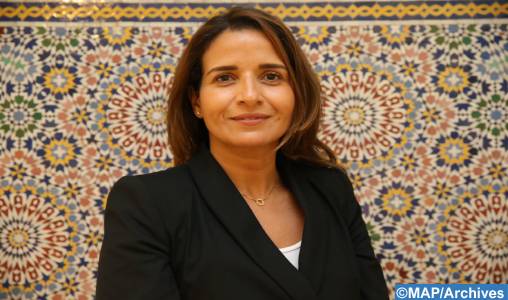 “The commitment of Morocco to energy transition is a proactive policy choice launched by His Majesty King Mohammed VI, more than a decade ago, through an ambitious energy strategy, based primarily on 3 pillars, namely renewable energy, energy efficiency and regional integration, backed by appropriate innovation and strong local component,” the minister said in an address through video conference on the 2nd day of the MSGBC Oil, Gas & Power Summit, taking place in Senegal’s Diamniadio, 30 km from Dakar.

“Natural gas is at the heart of our regional cooperation, especially with the use of our common infrastructure with our neighboring countries,” Benali stated.

Describing the reversal of the flow of the Maghreb-Europe gas pipeline as a historic event in several respects, the minister stressed that this is the first time that Morocco accessed the international market and flexible liquefied natural gas (LNG) and the first time that Africa is supplied with gas through the European infrastructure.

In this context, she noted that Morocco is working to develop a modern, sustainable and flexible gas infrastructure worthy of the 21st century through the development of one or more import terminals and of a network of pipelines to connect large consumption areas while making sure that this infrastructure is hydrogen-compatible, which is the next great revolution in the energy sector along with carbon.

Benali stressed the international climate commitments with the updated NDCs (Nationally Determined Contributions), which aim to reduce greenhouse gas emissions by 45.5% by 2030.

Morocco has developed in 2021 the 2050 Low Carbon Strategy, based on the new ambition of the NDC and the strategic axes advocated by the New Development Model, to win the bet of “Morocco champion of competitive and green energy” by 2035 and achieve a share of 40% of renewable energy in the total energy consumption, the minister added. 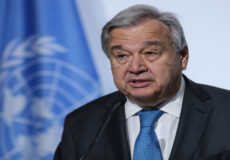 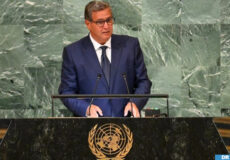 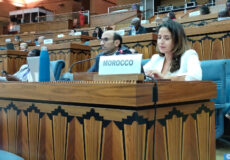