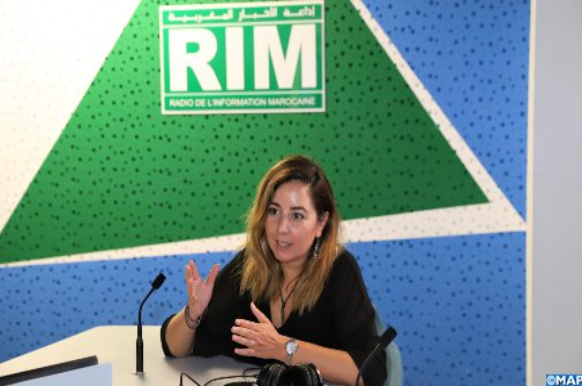 Rabat – Temperatures recorded in Morocco during the period between 1981 and 2016 increased at rates above the world’s average which is 1.1 pc, according to Meriem Alaouri, from the Directorate General of Meteorology (DGM).

“The studies carried out by the DGM, on the climatic trends noticed recently, reveal increasing trends in hot thermal phenomena and decreasing trends in cold phenomena during the day and at night in all regions of Morocco”, indicated Alaouri, who was the guest of the morning show of the Moroccan Radio Channel “RIM RADIO”.

In this regard, she stressed that 2020 was the hottest year ever recorded in the history of Morocco with an average temperature that exceeded the normal climatic average (1.4 C°) for the period 1981-2010.

“The current year has also been marked by successive heat waves as well as record and exceptional temperatures in many Moroccan cities, as in the case of Sidi Slimane which recorded, on July 10, a maximum temperature of 49.6 C° instead of 49 C° recorded on July 23, 1995”, she added.

“This rise in temperature is mainly due to the phenomenon of chergui following the rise of blocks of hot and dry air coming from the Greater Sahara to the Kingdom”, she explained, noting that this situation caused a sharp rise in temperatures and a decrease in air humidity, considered as ideal conditions for the outbreak of forest fires.

In this context, the expert said that starting today, Thursday, until next Monday, the Kingdom will undergo a new heat wave in several regions of Morocco, during which temperatures will oscillate between 42 and 49 degrees.