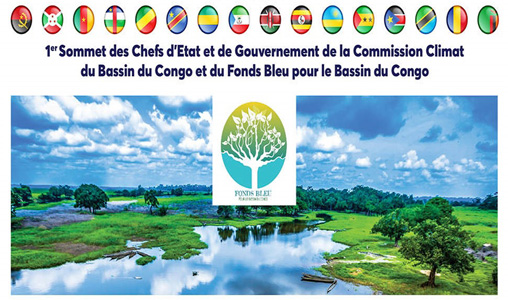 Addis Ababa – The Peace and Security Council (PSC) of the African Union (AU) has highly commended the leadership and efforts of His Majesty King Mohammed VI for the operationalization of the Commission dedicated to the Congo Basin.

“The Council highly commended the leadership and efforts of His Majesty King Mohammed VI for the operationalization of the Commission dedicated to the Congo Basin which held its first Heads of State and Government Summit, in Brazzaville, on 29 April 2018, under the leadership of H.E President Denis Sassou-NGUESSO of the Republic of Congo, as well as the operationalization of the Commission dedicated to the Sahel region, which held its first Summit of Heads of State and Government, in Niamey, Niger, on 25 February 2019, under the leadership of the H.E President Mahamadou Issoufou of the Republic of Niger, in compliance with the decision of the 1st Africa Action Summit for Continental Co-Emergence, held on the sidelines of the COP 22 (Marrakech, 2016),” the PSC said in a statement.

The Council stressed the high importance of the operationalization of the Island States Commission that will largely contribute to the continental efforts aiming at addressing the issues relating to climate change effects on Small Island Developing States in Africa, the PSC pointed out in the statement issued at the end of its 877th meeting held on the theme: “Climate Change and its impacts on Small Island Developing States”.

It also commended efforts and initiatives by the AU, such as the Committee of African Heads of States and Government on Climate Change (CAHOSCC), the African Adaptation Initiative (AAI), the African Renewable Energy Initiative (AREI) and the Initiative for Adaptation of African Agriculture (AAA), which aim at addressing the on-going climate actions on adaptation, mitigation and building resilience among the AU member States at national and regional levels.

It noted with concern that there is no sufficient financing adequate to address the current impacts of climate change. In this regard, the PSC requested the competent AU organs and the Chairperson of the AU Commission to explore innovative means of financing climate actions in Africa, including partnering with the private sector to fill in the current funding gap, in order to provide the above-mentioned three Commissions, AAI, AREI and AAA with all necessary support, and appealed to all Member States to support this initiative.

The meeting was marked by the opening remarks made by Ambassador Mohammed Arrouchi of the Kingdom of Morocco in his capacity as the Chairperson of the PSC for the month of September 2019, and the presentations made by H.E. Ambassador David Pierre of the Republic of Seychelles in his capacity as a champion of the blue economy and the AU Department of Rural Economic and Agriculture, as well as the statements by H.E. Hanna Tette, UNSG Special Representative to the African Union and Head of the United Nations Office to the African Union (UNOAU), and by the representatives of AU Member States, Regional Economic Communities, AU partners and international organizations.