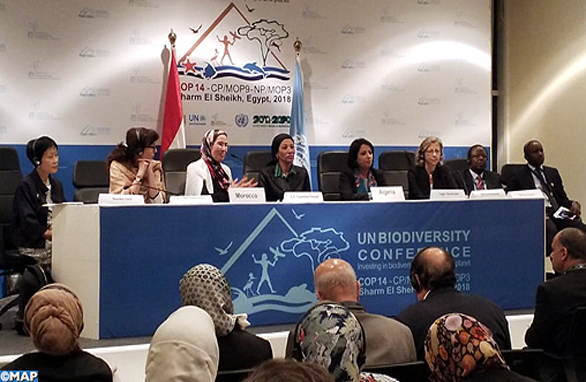 Sharm El Sheikh – The UN Biodiversity Conference opened Tuesday in Sharm El Sheikh (Egypt), with the participation of representatives and experts from 196 countries, including Morocco.

Morocco is represented at this event, which will run through November 29, by a delegation led by State Secretary for Sustainable Development Nezha El Ouafi, and which includes several experts.

In addition, on the margins of the UN Biodiversity Conference, pledges and commitments in support of the Strategic Plan for Biodiversity 2011-2020 will be made by governments, business, NGOs and intergovernmental organizations, cities and subnational authorities, indigenous peoples and local communities, youth and civil society.