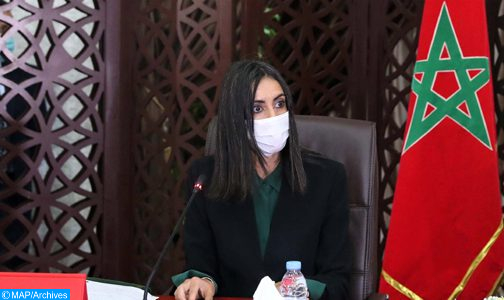 Dubai -The challenges related to adaptation to climate change “remain enormous in the Middle East and North Africa, despite efforts to combat this phenomenon and the adoption of environmental strategies to mitigate its effects,” said Wednesday in Dubai, Minister of Economy and Finance, Nadia Fettah Alaoui.

Speaking as part of her participation in a high-level session, as part of the first Regional Climate Week held under the theme “The challenges of adaptation to climate change in the Middle East and North Africa 2022”, Fettah Alaoui notably reviewed the experience that the Kingdom of Morocco has accumulated in this area.

In this sense, she referred to the National Climate Plan (PCN) adopted by Morocco, as well as the national strategy of water and energy policy, in addition to the new agricultural strategy (Generation Green).

The Minister stressed the need to allocate sufficient resources, mobilize new funds, including through public-private partnerships, and intensify efforts and coordination to strengthen regional and international cooperation, in order to make it an effective tool to mitigate climate change risks.

For her part, Kristalina Georgieva, Managing Director of the International Monetary Fund (IMF), presented at this session chaired by Mohammed bin Hadi Al Husseini, Minister of State for Financial Affairs of the United Arab Emirates, the paper prepared by the Fund on the challenges of adaptation to climate change in the MENA region.

She praised the Moroccan experience, which she described as “successful”, in investing in water infrastructure to build resilience to drought waves and reduce potential losses to GDP by up to 60%.