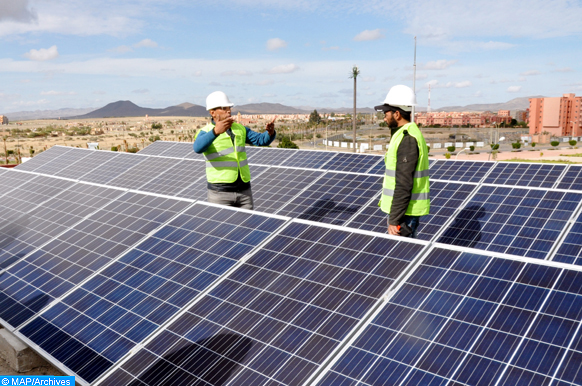 Rabat – Minister of Energy, Mining and Environment Aziz Rebbah and the European Commissioner for Energy Kadri Simson held recently a video conference on means to consolidate the energy partnership between Morocco and the European Union (EU).

On this occasion, Rebbah and Simson lauded the excellent strategic partnership between Morocco and the EU, in particular in terms of energy, said a press release from the Ministry of Energy, Mining and environment.

Emphasis was also laid on the importance of developing this partnership, by encouraging the private sector of the two parties to work together to support the implementation of the national energy strategy.

The Minister and the European official also discussed other aspects of cooperation between the Kingdom and the EU, mainly renewable energy, hydrogen, research, innovation, Morocco-European inter-connection via Spain and the upcoming inter-connection via Portugal, as well as the open electricity market agreement, signed early 2019 in Brussels, with France, Spain and Portugal.

At the end of this meeting, the two officials agreed to hold periodic meetings of the joint committees set up by the two parties, by video conference to establish a new partnership framework and a roadmap for its implementation, underlined the same source, noting that this meeting follows bilateral discussions held last December in Paris, on the sidelines of the Ministerial Conference of the International Energy Agency.