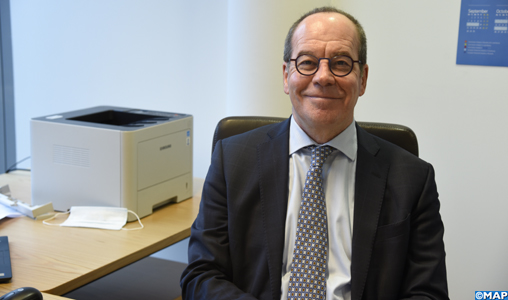 Brussels – Morocco is on the right track in contributing to global efforts in the fight against climate change, underlined Marc Vanheukelen, EU ambassador at large for climate diplomacy.

“We consider Morocco to be a very good student of the class. Morocco is for us and could become even more so, a flagship country particularly for the African continent”, Vanheukelen pointed out in an interview with MAP and M24 TV Channel on the occasion of the 5th anniversary of the Paris Agreement.

“Your country has understood the environmental and economic challenges of the fight against climate change. He has played an important proactive role in international debates, for example by organizing two Cop of the 25 which have already taken place,” said the European ambassador, whose mission is to convince foreign partners to engage in the fight against climate change.

The Kingdom is also “a forerunner in renewable energy”, he said, noting that the country has set itself ambitious goals for 2030 and that it is “on the right track”.

Commenting the prospects for partnership with the EU in these areas, as underlined in the joint declaration adopted on the occasion of the 14th session of the Association Council in June 2019, Vanheukelen noted that Morocco could become a major partner of Europe and a major player in renewable energies as well as in the future development of hydrogen.

“The Kingdom already has an electricity connection with Spain. You are an exporter of electricity to the European Union. I believe that this could develop even more and a partnership in terms of sustainable development between Morocco and the European Union could well take shape,” he pointed out.

“We have to share experiences and know-how. This way Europe and Morocco can have a win-win collaboration”, he underlined in this regard.

Regarding the achievement of climate objectives by EU member states, the European Ambassador recalled that the European summit last week allowed the establishment of a strategy to achieve a reduction in at least 55% of greenhouse gas emissions by 2030.

This is an extremely important step for Europe in achieving the longer-term goal of 2050 of becoming the first climate neutral continent, he said. 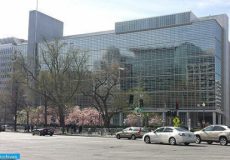