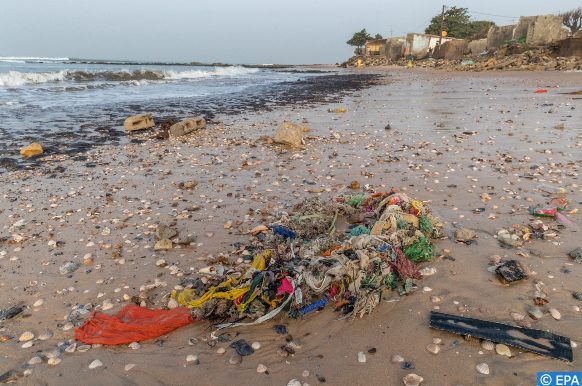 Paris – Global plastic waste is set to increase three-fold by 2060, with less than a fifth recycled and around half ending up in landfills, according to a new report released on Friday by the Organization for Economic Co-operation and Development (OECD).

“Global plastics consumption will rise from 460 million tons in 2019 to 1,231 million tons by 2060 “in the absence of bold new policies, a faster rise than most raw materials,” “The Global Plastics Outlook: Policy Scenarios to 2060” shows.

“Growth will be fastest in developing and emerging countries in Africa and Asia, although OECD countries will still produce much more plastic waste per person (238 kg per year on average) in 2060 than non-OECD countries (77 kg),” the organization says.

Plastic waste is expected to surge from 353 million tons in 2019 to 1,014 million tons in 2060, leading to plastic leakage to the environment doubling to 44 million tons a year, while the amount of plastics in oceans, rivers and lakes will more than triple, according to the report.

“Most pollution comes from larger debris known as macroplastics, but leakage of microplastics (synthetic polymers less than 5 mm in diameter) from items like industrial plastic pellets, textiles and tyre wear is also a serious concern.”

The report builds on the release in February of Global Plastics Outlook: Economic Drivers, Environmental Impacts and Policy Options, which found that plastic waste has doubled in two decades, with most ending up in landfill, incinerated or leaking into the environment.

Since that report, UN member states have pledged to negotiate a legally binding international agreement by 2024 to end plastic pollution.