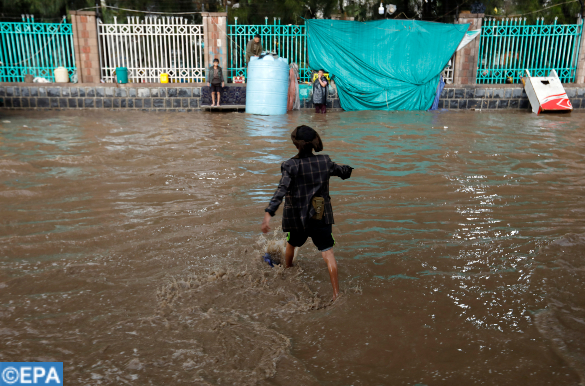 Sanaa – Torrential rains in Yemen have caused floods in parts of the country, killing at least ten people on Sunday, including four children, local authorities said.

The four children were killed in the collapse of a building in the western part of the capital Sanaa, while the other six people were found dead after they were swept by flood in the province of Dhamar, about 100 km to the south of the capital.

Residents are worried about epidemics spreading in the rainy season as the ongoing civil war has damaged the country’s health system and disabled much of the infrastructure for clean water and sanitation.