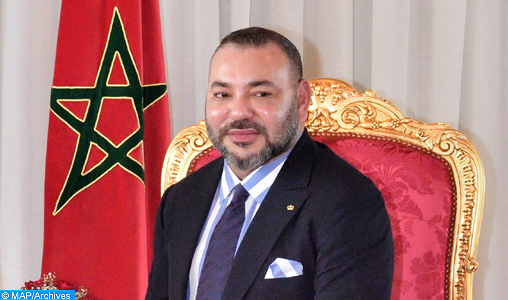 Here follows the full text of the royal speech, which was read out by the Head of Government, Aziz Akhannouch:

“Praise be to God,

May peace and blessings be upon the Prophet, His Kith and Kin

Your Excellencies Heads of State and Government,

Mr. Secretary-General of the United Nations,

I should like, first, to congratulate the United Kingdom on successfully organizing and on chairing the Twenty-Sixth Session of the Conference of the Parties to the United Nations Framework Convention on Climate Change. This is an opportunity to reinforce our collective commitment to face up to the great perils threatening the future of humanity.

With the growing number of reports by climate change experts, everyone now realizes that the gloomiest predictions have unfortunately become a bitter reality. Mankind has but one of two choices: either surrender to self-destructing apathy, or engage honestly and unequivocally in a set of practical measures that can rapidly effect a real change in the current policy, which has proven its ineffectiveness.

The global response to the threat of the covid-19 pandemic has shown that there are possibilities and means which were presumably unavailable when it came to combating climate change. A number of countries, which bear the historical and moral responsibility for the deterioration of the current environmental situation, have managed to come up with huge financial resources. Moreover, experience has shown that it is possible to reduce these countries’ activities which are harmful to the climate and the environment without there being any unbearable consequences.

Clearly, real political will is urgently needed, as is a fairer commitment towards a broad category of humankind, which is currently bearing the brunt of a global economic system from which it is not benefiting equitably. Given the damage suffered by Africa as a result of climate change, the poor financial and technological support provided is a stark indicator of the shortcomings of the current international system.

It is our hope that this COP session will stimulate a global collective awareness which would pave the way for the establishment of sustainable, solidarity-based human communities that uphold the values of fairness and coexistence.

With that firm belief in mind, Morocco has been enhancing its multi-faceted commitment to tackling climate issues, pledging to raise its Nationally Determined Contribution to reducing greenhouse gas emissions by 45.5% by 2030. This is part of an integrated, low-carbon development strategy to be implemented by the year 2050. Its aim is to help transition to a green economy that is in line with the sustainable development goals and to enhance resilience and adaptation in order to protect the environment, both of which are pillars of the Kingdom’s new development model.

With the same resolve, Morocco has been enhancing its engagement, along with African sister nations, to confront the destructive impacts of climate change. Thus, it has launched initiatives for agricultural adaptation, for the promotion of security and stability and for access to sustainable energy, in addition to setting up the three African Climate Commissions, within the framework of the Africa Action Summit, held in Marrakesh in November 2016.

The changes that must be introduced to curb the repercussions of the climate crisis are well known, and the international community should not keep hesitating but rather move forward and activate tangible solutions with a specific implementation agenda, backed by strong political will to change the worrying path towards which the world is heading.

We are calling for an awakening of the global conscience and for a collective, responsible commitment to tackle climate change in order to ensure a better future for all humankind. 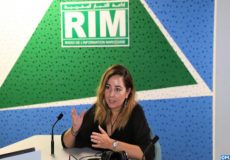