​
newsHM the King Takes Part in Paris in One Planet Summit 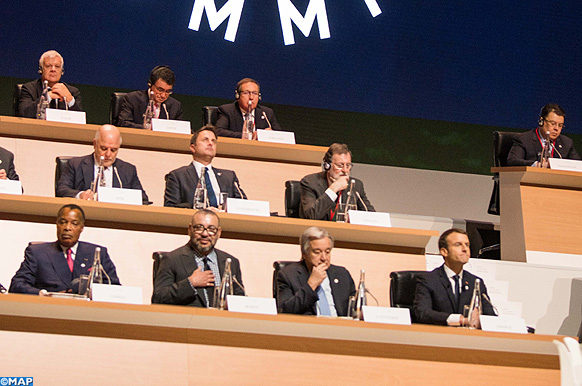 HM the King Takes Part in Paris in One Planet Summit

The Sovereign arrived in Île Seguin, which hosts the summit, on board a barge along with French President Emmanuel Macron and the heads of State and delegations attending the event.

HM the King and the French President were welcomed at the summit venue by the President of the General Council of La Seine Musicale and several other personalities.