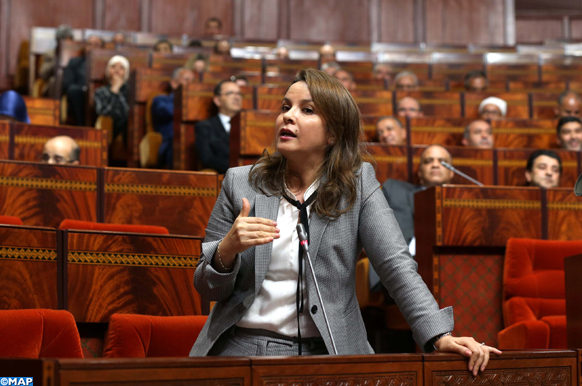 Maintenance Works Conducted in 190 Flood-Threatened Sites up until 2018, Official

Rabat – 190 sites at risk from flooding have undergone maintenance works up until 2018, said Secretary of State for water Charafat Afailal on Monday.

Answering a question on “the protection of flood-threatened sites” by the Justice and Development group at the House of Representatives, Afailal stressed that the National Anti-Flooding Plan helped to identify over 400 sites nationally.

In this regard, Afailal noted that a budget of 300 million dirhams is earmarked for projects related to the protection against floods, that is up to 15 projects per year.

In order to curb the impact of flooding aggravated by climate change, the competent authorities of the State Secretary are taking, in coordination with the parties concerned, all the structural, pro-active, and legal measures, notably through the development of oueds (rivers), dam-building, in addition to preventative measures regarding the effectiveness of early-warning systems and the setting up of a program at the beginning of each flow year for an optimal management of dam storage.