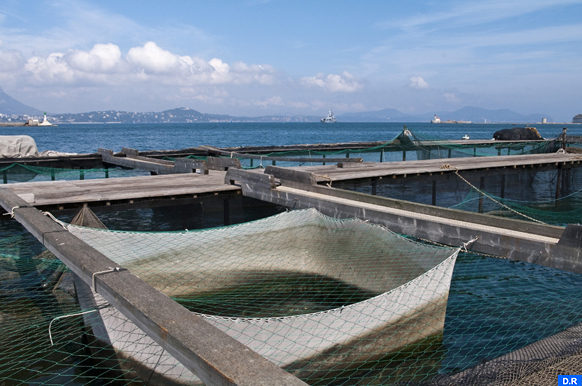 Bordeaux – Morocco aims to create a real aquaculture industry in an integrated ecosystem that respects the Kingdom’s vision of sustainable development, conserves resources and protects the oceans for future generations, said secretary of state for Fisheries, Mbarka Bouaida.

“Our vision for the aquaculture industry is to make it an indisputable growth engine that can forge a true blue economy,” said Bouaida in a speech read on her behalf by director of the National Agency for the Development of Aquaculture (ANDA), Majida Maarouf, at the 15th Europe-North Africa Convention, held Friday in Bordeaux (southwest of France).

“Morocco does not only have natural assets for the development of a sustainable aquaculture activity: its 3500 km of marine coast, its favorable climate and good water quality, but also multiple competitive advantages: the quality of its human capital, its geography as a hub between Africa and Europe and its logistical infrastructures,” she noted, adding that today, the Kingdom is the 17th largest producer in the world with a fish production of approximately 1.5 million tons, worth more than one billion dollars.

Therefore, she went on, aquaculture can make Morocco, a country rich in ecological diversity, a model of harmonious growth and a responsible and integrated economy.

The Moroccan official also said that the privileged and intense partnership with France in several areas, notably in the field of agriculture and fisheries, which needs to be further consolidated to address new challenges of globalization, constitutes a singular model that finds its roots in the quality of the historical relations between the two countries.