Casablanca – Phosphate fertilizer prices are expected to increase during the first half of 2020 after reaching a low level, according to the OCP Group’s forecasts.

“Indeed, the financial comfort of farmers in relation to the low costs of fertilizers as well as the production reduction decisions declared first by OCP, followed then by Mosaic, the Russians and the Chinese to curb the high stocks in Asia and in the USA, combined with the strong anticipation in Brazil should support such a price orientation”, estimated OCP in its management report for the year 2019.

It added that the Chinese context with the coronavirus could also contribute to this rise by further limiting supply on the international market, noting that this, on the other hand, bodes well for a stable to bearish trend in H2-2020, unless a further announcement of production cuts is made.

However, the market remains in a relatively fragile situation, particularly with the risk of interventionism by the Chinese government to support productivity and exports in a context of sustained contraction of its economic growth (6.1% in 2019), noted the document, adding that raw material prices should remain at low levels in early 2020 due to oversupply on the market combined with high inventory levels. 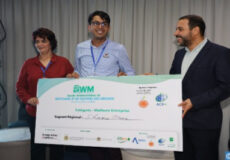