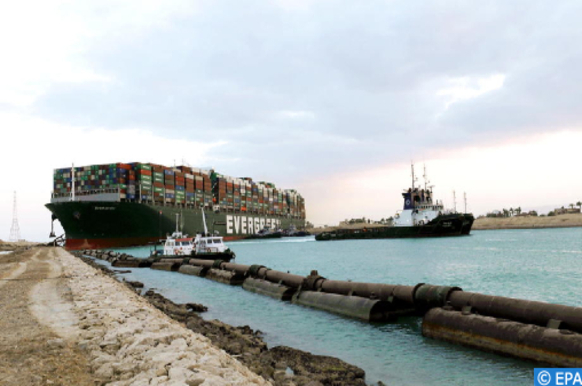 Cairo – An operation to re-float a giant container ship that was stuck for nearly a week in the Suez Canal has successfully ended, Egyptian President Abdel Fattah Sisi said on Monday.

Despite enormous technical difficulties in various aspects of the operation, the Egyptians today have reached success by ending the crisis over the grounded ship in the Suez Canal, Sisi tweeted.

Earlier in the day, the vessel had been brought afloat and was being moved back into the navigation canal, a source told media. The source in the Suez Canal administration assured that the container ship was afloat, with its engines running.