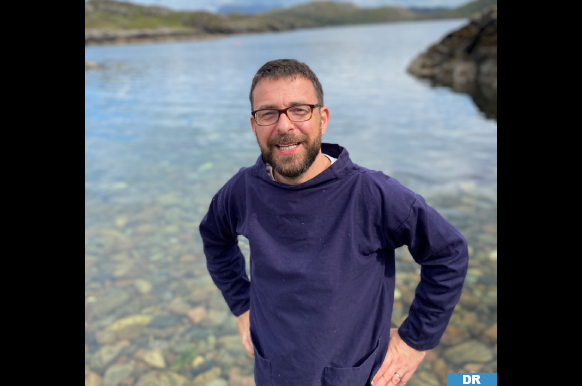 Rabat -The world celebrates, on September 16th, the International Day for the Preservation of the Ozone Layer. On this occasion, MAP approached Paul YOUNG, an atmospheric scientist and senior lecturer at the University of Lancaster in the United Kingdom. The expert sheds light on what the ozone layer is and its components, provides an update on its state and explains the causes and effects of its depletion.

Dr. YOUNG, who is also a lead author of the World Meteorological Organization (WMO) and the United Nations Environment Programme (UNEP) scientific assessment of ozone depletion, warns of the dangers of this phenomenon.

1) What is the ozone layer ? What are its components ?

The ozone layer is a region of the atmosphere that contains the highest amounts of the naturally occurring gas ozone, which has the chemical symbol O3. The ozone layer sits about 15–35 km above the surface and present all over the world. The ozone layer is very important as it absorbs high energy ultraviolet light from the sun, which would otherwise be harmful to life on the surface.

Ozone is also present close to the surface, where its levels can be increased due to emissions of air pollutants from human activities (e.g., burning fossil fuels for electricity or transport). Ozone is itself a component of air pollution (or photochemical smog) and can cause bad health effects for humans and natural ecosystems.

In summary, ozone is essential up high (in the ozone layer) and detrimental down low (as part of photochemical smog).

2) What are the causes of the hole in the ozone ?

The ozone hole is a human-caused phenomenon that occurs every September to November over Antarctica and describes when the ozone layer has had a lot (sometimes nearly all) of its ozone removed.

The reason we started to see this hole is because of gases that were used in many different consumer products and industrial processes, including air conditioning and aerosol spray cans. These chemicals are called chlorofluorocarbons, or CFCs.

The winds in the atmosphere transport them up to the ozone layer and spread them all over world. Up there, they are exposed to high energy sunlight (the same sunlight that ozone protects us from), which kicks off a series of chemical reactions that destroy ozone. These reactions can destroy ozone everywhere, but they get supercharged by the unique conditions above Antarctica during its springtime: a cold, isolated vortex. This supercharging results in the comparatively large ozone loss we see there. The hole closes up during November/December, when the vortex breaks down and ozone rich air floods back in.

However, thanks to worldwide efforts to ban the ozone damaging chemicals, the ozone layer is recovering and ozone holes are getting smaller.

3) What are the effects of depletion in the ozone layer ?

The overall thinning of the ozone layer means that levels of ultraviolet (UV) light at the surface has increased in many locations, threatening human and plant health, including skin cancer and eye disorders. These increases in UV have been greatest away from the tropics.

Ozone depletion has also been a contributor to our changing climate. While it not as important as increased CO2 for the global picture, the ozone hole has driven complex effects on surface winds, rainfall and temperatures in the Southern Hemisphere during summer.

4) How is Morocco affected by these impacts ?

Being close to the tropics, Morocco has not been severely impacted by large levels of ozone depletion. Nevertheless, levels of UV are already high in Morocco and future climate change (i.e., not related to CFCs) *could* affect the thickness of the ozone layer over the tropics.

5) Is there any way to mitigate these effects and reduce ozone depletion ?

The world came together 1987 and, through the United Nations, agreed the Montreal Protocol, which started us on a path to limiting chemicals that damage the ozone layer, such as CFCs. This original agreement has been strengthened over subsequent years, and many of the damaging chemicals are banned or well on their way to being completely phased out. As such, the ozone layer is recovering and we expect that it will return to its 1980 levels by the middle of this century.

The international treaty that brought this into force was called “perhaps the most successful international environmental treaty ever” by former UN Secretary General, Kofi Annan. Indeed, the protection of the ozone layer is a great success story of science, politics and technology, and one that many people hope to emulate in the case of the bigger problem of climate change.