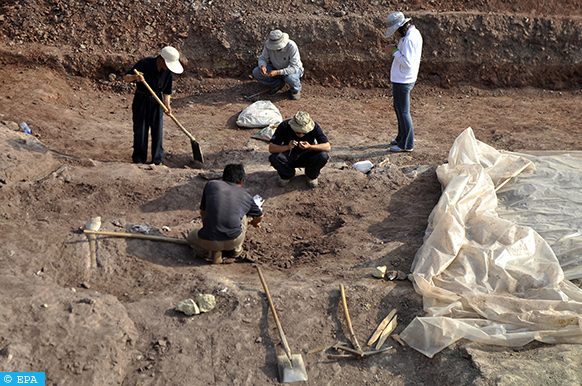 Casablanca – Paleontologists from the Ain Chock Faculty of Science, Hassan II University of Casablanca, and the Museum of Paleontology, University of Michigan, have discovered near Dakhla in southern Morocco, fossils of Sirenians – more commonly known as “sea cows” – that date back to the late Eocene epoch (35 to 40 million years).

This new discovery has allowed Moroccan and US paleontologists to identify a new genus and a new species of Sirenians that they named Dakhlasiren marocensis, says a press release of the Hassan II University.

The sea cows or Sirenians are marine mammals that include the manatee and the dugong which populate tropical shallow waters, mainly in the southern hemisphere.

According to the release, the three current species of manatee live along the Atlantic coasts and in rivers of Latin America and West Africa, while the dugong lives in the Indian and Pacific (southwest) oceans.