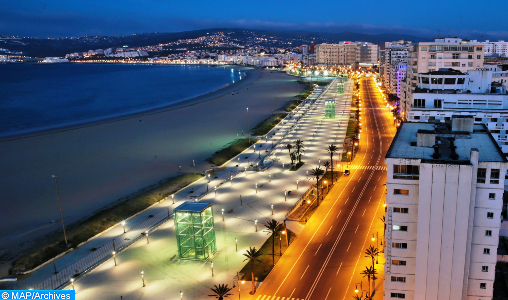 Tangier – Construction work on the first solar photovoltaic power plant in the Tangier-Tetouan-Al Hoceima region, with an installed capacity of 34 megawatts (MWp), was launched Tuesday in the commune of Hjar Nahal, under the Tangier-Assilah prefecture.

Developed by the Company Green Power Morocco under Law No. 13-09 on renewable energy, the solar power plant “GPM1” will be built on an area of 75 hectares, with an annual production of 67 gigawatt hours (GWh), and an overall investment of about 370 million dirhams .

The production of this photovoltaic plant, intended exclusively for the use of the delegated company of the distribution of drinking water and electricity “Amendis-Tanger”, is equivalent to the average consumption of more than 8,000 family households, or more than 5,000 tons of oil and 30,000 tons of CO2 avoided.

This project aims to strengthen Morocco’s power generation capacity from renewable sources and contribute to reducing the country’s dependence on fossil fuels, in accordance with international commitments made by the Kingdom.

Speaking at the ceremony, which took place in the presence of the wali of the Tangier-Tetouan Al-Hoceima region, Mohamed Mhidia and many economic actors, the CEO of Green Power Morocco, Philip Jenkins, welcomed the support of the authorities of the wilaya to launch this project.

Jenkins noted that Morocco was for him as “the American dream”, since he was able to achieve, during the 18 years of his arrival in the Kingdom, several investment projects, thanks to the trust and the good business climate.

For his part, Director General of the Regional Investment Center of the region, Jalal Benhayoun, stressed that this photovoltaic park is the achievement of an integrated vision of the group Green Power.

“This project is the result of joint efforts by various actors at local and central levels, to accelerate the energy and economic transition to a low-carbon model, now imposed and adopted by all international standards,” said Benhayoun, adding “in this context of post-pandemic economic crisis and with the surge in energy prices, the use of renewable energy is no longer a luxury but a necessity for our industrialists, especially exporters”.

He recalled that Morocco, under the high guidance of HM King Mohammed VI, has adopted since 2009 an energy strategy based on sustainability and oriented towards renewable energy, the development of energy efficiency and strengthening regional integration, stating that this strategy aims to increase the share of renewable energy in the installed electrical power to more than 52% in 2030. 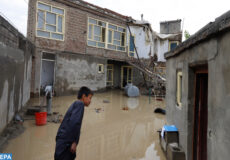 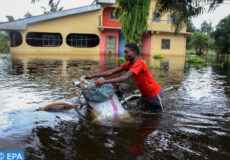