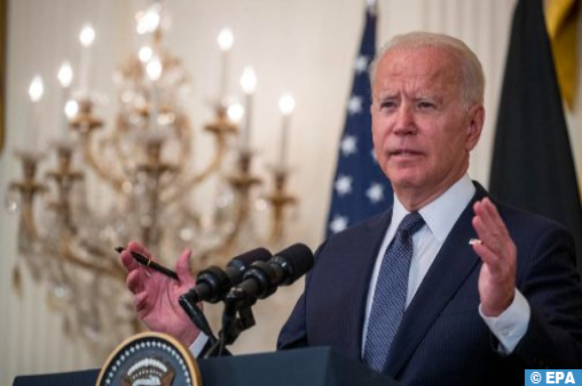 US President Declares Emergency over Water Crisis in Mississippi Capital

Washington – U.S. President, Joe Biden, on Tuesday declared an emergency in Mississippi over the water crisis in the Mississippi capital.

The decision will enable to provide federal resources to assist local and state officials in responding to a water crisis in the region.

The water system in Jackson, Miss., has failed in recent days, leaving residents with little to no drinking water.

Officials have blamed flooding along the Pearl River and previous issues that have plagued a local water treatment plant’s operations.

“FEMA is authorized to identify, mobilize and provide at its discretion, equipment and resources necessary to alleviate the impacts of the emergency,” the White House said in a statement.

State and local officials have resorted to handing out drinking water for tens of thousands of residents as officials advise them not to drink the tap water or use it to even brush their teeth. Reeves activated the National Guard to assist.

The city has blamed the latest issues on flooding from the Pearl River, but the local O.B. Curtis Water Plant has faced issues for years.

The Environmental Protection Agency identified concerns with the system, including compliance deficiencies and maintenance issues, and in March 2020 issued a Safe Drinking Water Act Emergency Administrative Order to address some of the concerns.