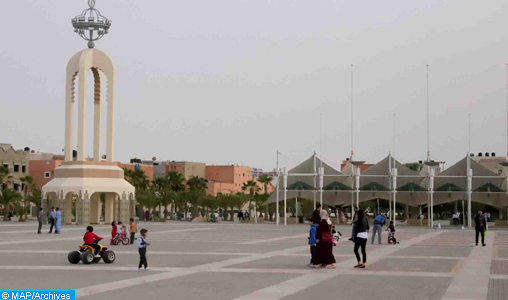 Laayoune – The Ecological Observatory of Climate Change and Environmental Preservation recently organized a meeting in Laayoune on the role of schools in raising awareness among the future generations about the dangers of climate change .

This meeting, organized on the occasion of International Women’s Day, aims to raise awareness of the dangers of climate change, deepen scientific research and broaden public debate on issues relating to climate change and the protection of the environment.

Speaking on this occasion, the President of the Observatory, Hind Khalil, underlined that women leaders are committed to the protection of the environment, stressing the need to involve them in the perception of effective solutions related to climate change.

Women have been able to consolidate their status in the sustainable management of natural resources, observed Khalil, noting that the Observatory, which is led by women interested in environmental issues, is part of the initiatives aimed at combating climate change and promoting environmental protection.

For his part, the director of the Regional Academy of Education and Training (AREF) of Laayoune-Sakia El Hamra, Mbark El Hansali, called for federating efforts of all the stakeholders in order to protect the environment and raise awareness of the dangers associated with climate change, welcoming the initiative of the women in charge of the Observatory and their considerable efforts in this area.

He added in this regard that environmental action requires a continuous effort, noting that environment protection is not the mission of a single party, but rather a collective responsibility.