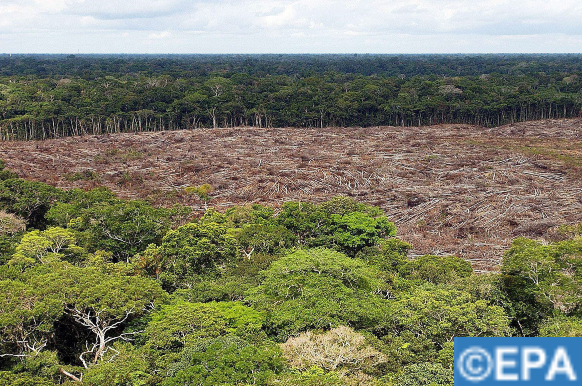 Brasília – The Brazilian government suspended the seven authorizations it had granted to mining companies to prospect for gold mines or veins in a protected area of the Amazon forest.

Jair Bolsonaro’s government decided to suspend the licenses granted following opposition from regulatory bodies and strong criticism from environmentalists. These permits have caused a lot of controversy because they allow the search for minerals in one of the most preserved regions of the Amazon.

The cancellation of the licenses was formalized by a decree published on Monday in the South American country’s Official Gazette, bearing the signature of the Prime Minister of the Presidency’s Institutional Security Cabinet, Augusto Heleno Ribeiro.

The permits were granted a few weeks ago by Ribeiro himself, despite the fact that his office is responsible for security matters of the Presidency and has no connection with the mining and energy field.

Ribeiro signed both decrees, the one that authorized the mining exploration and the one that suspended the permits, in his capacity as executive secretary of the National Defense Council, a body that advises the presidency on sovereignty and defense issues.

Brazil was one of the countries singled out at the COP26 climate change conference for its lack of control over the destruction of the Amazon, which also led some European countries to threaten to veto the ratification of the free trade agreement between the European Union and Mercosur.

Deforestation in the Amazon affected 13,235 square kilometers between August 2020 and July 2021, the largest area degraded in a 12-month period in the last 15 years.