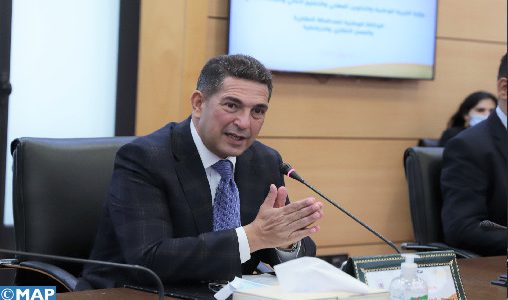 Rabat – Minister of National Education, Vocational Training, Higher Education and Scientific Research, government spokesman Saaïd Amzazi announced, on Monday in Rabat, the launch of a call for research projects on Argane tree, as well as the creation of three prizes dedicated to research on this tree which will be awarded annually.

The call for research projects, entitled “EL BEKRI”, named after the first Arab scientist who described the Argane tree in 1038, aims to boost scientific research and innovation on the Argane tree, explained Amzazi who was speaking during the celebration of the first International Argane Day, organized by the Faculty of Sciences of Rabat.

Reflecting the commitment of the Ministry of National Education, Vocational Training, Higher Education and Scientific Research in favor of the promotion of research on the Argane tree, this call for projects will have a budget of 10 million dirhams, in association with the partners of the ministry, namely the Hassan II Academy of sciences and technology, ICESCO and UNESCO, underlined Amzazi.

In addition to the launch of this call for projects, the strategy dedicated to the promotion of research on the Argane tree also provides for the creation of three prizes, including a University-Cooperative Partnership Prize, which aims to promote and encourage partnership between the world of scientific research and cooperatives, particularly in terms of upgrading Argane products.

This prize, which will reward the best research teams that have collaborated with cooperatives in an innovation process on the Argane tree, will total an amount of 100,000 MAD, said the minister.