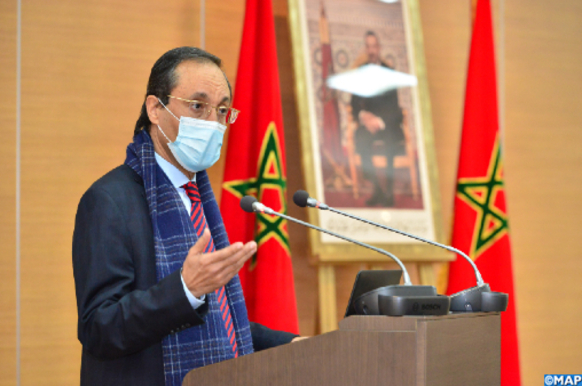 Rabat – Citizen commitment is necessary for the protection and preservation of water resources in Morocco, said, on Monday in Rabat, the Minister of Equipment, Transport, Logistics and Water Abdelkader Amara.

Speaking at a workshop on water, organized by the Ministry on the occasion of World Water Day (March 22), Amara stressed that everyone is involved in the management of water resources and hence citizens are urged to show responsibility and patriotism when using this vital resource.

He highlighted the proactive vision of late HM King Hassan II, an approach that has been consolidated under the leadership of HM King Mohammed VI in terms of water infrastructure.

The Minister recalled the construction of five major new dams in 2021 with a capacity of 525 million m3 for a total budget estimated at 4.8 billion MAD. Morocco has 149 large dams with a capacity of over 19 billion m3 and 133 operational small dams, he added.