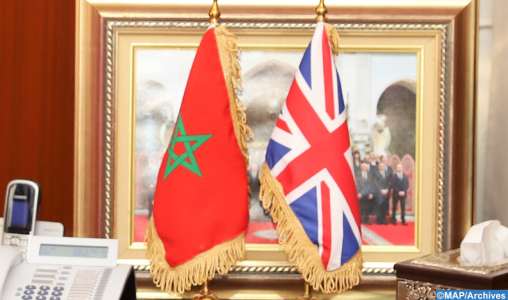 Rabat – The Minister of Economy and Finance, Nadia Fettah, on Thursday held talks in Rabat with the British Ambassador to Morocco, Simon Martin, which focused on several issues relating to bilateral cooperation relations, including climate finance.

During this meeting, Ms. Fettah and Mr. Martin reviewed bilateral cooperation relations between Morocco and the United Kingdom, noting with satisfaction the dynamics observed at several levels, the ministry said in a press release.

In this regard, the minister recalled the projects undertaken by Morocco to ensure transition towards a green, sustainable and low-carbon economy and stressed the essential role of the financial sector in the success of this transition.

For his part, Mr. Martin welcomed Morocco’s commitments in favor of the climate with the upward revision of Morocco’s NDC objectives and expressed his country’s readiness to back Morocco’s efforts in this area.

At the end of this meeting, Fettah and Martin underlined the importance of continuing exchanges between the representatives of the two parties and reaffirmed their desire to further strengthen the positive dynamics of economic and financial cooperation between the United Kingdom and Morocco, the statement concludes.