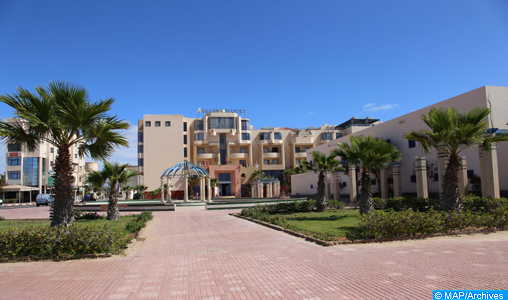 Mexico City – The city of Dakhla has been chosen to host the second edition of the annual “AI for Climate” Global Forum in early December, 2021.

The initiative was launched in Mexico with the aim of accelerating the use of artificial intelligence to protect biodiversity in the world and fight against climate change.

Morocco’s ambassador to Mexico, Abdelfattah Lebbar, officially announced the organization of this event during a virtual meeting with representatives of the Mexican government, as well as many ambassadors accredited to Mexico City and representatives of international organizations, in addition to AI for Climate’s working team, including its co-founder Christopher Cordova.

“The Kingdom supports this innovative initiative aimed at preserving the environment and natural resources, and which was rewarded last year by the Paris Peace Forum”, said, on this occasion, Lebbar, noting that the Forum will see the participation of a significant number of international experts in climate change, artificial intelligence (AI), public policy and international cooperation.

This meeting thus enabled participants to learn more about the efforts made by Morocco in the fight against climate change, in accordance with its commitments at the end of the COP22, held in 2016 in Marrakech.

The ambassador highlighted the sustainable development projects carried out in Dakhla and in all the southern provinces thanks to the enlightened vision of HM King Mohammed VI.

For his part, the Mexican Minister of Tourism, Miguel Torruco, stressed that the holding of the 2nd edition of this Forum in Dakhla reflects the reputation that Morocco enjoys at the regional and international levels, noting that the Kingdom is used to organizing this kind of of international events dedicated to the climate cause.

For her part, the Mexican Minister of the Environment, María Luisa Albores González, congratulated Morocco on the holding of this Forum, wishing every success to this edition which aims to find effective solutions to fight against climate change by seeking innovative solutions that meet the needs of populations without harming future generations.

AI for Climate is an initiative that aims to amplify and accelerate the use of Artificial Intelligence for the protection and restoration of ecosystems around the world, contributing to climate stability, and a sustainable post-COVID economic recovery that includes the communities in and around nature reserves.