​
newsLong before the Pandemic, Morocco Established a Development Model Based on Renewable Energies and… 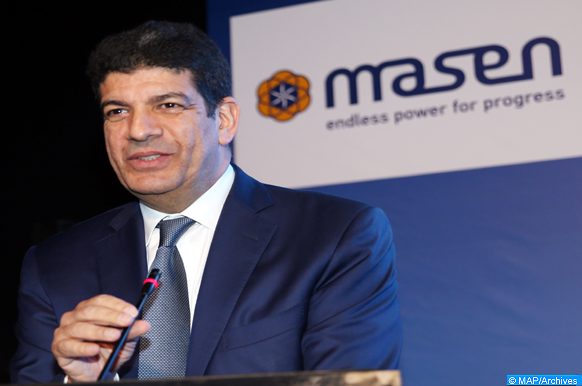 Brussels – Long before the COVID-19 pandemic, Morocco had established a development model based on renewable energies and a sustainable vision, said President of the Moroccan Agency for Sustainable Energy (MASEN), Mustapha Bakkoury.

“In 2009, with impetus from His Majesty King Mohammed VI, the country embarked on an energy transition, aimed at developing renewable energies, supporting energy efficiency and achieving a minimum 52 percent renewables energy mix by 2030,” Bakkoury pointed out in an op-ed published by The Parliament Magazine.

Morocco is determined to adapt its development model to incorporate stronger social aspects and build a more inclusive, fairer economy; one that is more durable and resilient, he pointed out.

In His Majesty King Mohammed VI’s words, “Within the framework of unrestricted cooperation, we can, together, build the future,” he said, adding that Morocco is confident that South-South cooperation can play a major role in countering the negative impact of the crisis in developing countries.

“We are therefore advocating for a South-South cooperation model that can provide a sustainable future for countries facing similar challenges, particularly those with challenges in accessing energy,” he said.

The similar challenges faced by the countries of the South, both in terms of financing and socio-economic impact, make such experience and knowledge sharing essential, he explained.

“The African Development Bank has appointed me – as President and CEO of the Moroccan Agency for Sustainable Energy (Masen) – as Chair of the steering committee of the ‘Desert to Power’ initiative, which aims to generate 10 GW solar capacity across 11 Sahel region countries,” he added.

Furthermore, the UN recently announced the launch of an international Coalition based on South-South cooperation, led by Morocco and aimed at accelerating access to sustainable energy in least developed and developing countries, he recalled, adding that lastly, the European Union now considers a trilateral EU-Morocco-Africa cooperation as an essential element of the Morocco-EU Green Deal currently being finalised.

“The European Green Deal has also seen increased interest in Morocco’s expertise and its renewable potential,” he noted.

As part of the Sustainable Electricity Trade (SET) Roadmap, Morocco, Germany, Spain, France and Portugal are looking to integrate their green electricity markets, with several projects for exporting electricity and ‘green molecules’ are under consideration for between the two shores of the Mediterranean, Bakkoury underlined.