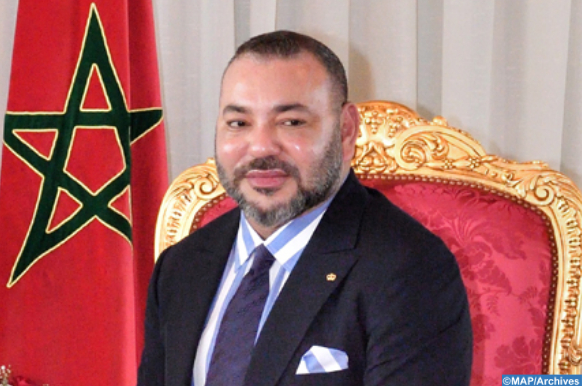 Abidjan – HM King Mohammed VI on Monday sent a speech to the Summit of Heads of State and Government on Drought and Sustainable Land Management, which is held in Abidjan.

Here follows the full text of the royal speech, which was read out by the minister of Agriculture, Fisheries, Rural Development, Water and Forests, Mohamed Sadiki:

“Praise be to God,

May peace and blessings be upon the Prophet, His Kith and Kin

Dear Brother, Honorable President of the Republic of Côte d’Ivoire,

Honorable Heads of State and Government,

I should like, first of all, to congratulate my brother, His Excellency Mr. Alassane Dramane Ouattara, President of the Republic of Côte d’Ivoire, for the successful organization of this Summit on Drought and Sustainable Land Management, which is being held on the sidelines of the 15th session of the Conference of the Parties of the United Nations Convention to Combat Desertification.

Our illustrious host’s commendable initiative attests to our firm determination and concrete mobilization to tackle the problem of drought, which constitutes a structural challenge in our African continent, more than anywhere else.

This initiative is also a clear testimony of the Africa which is so dear to me: an entrepreneurial Africa which takes its destiny into its own hands.

Climate change is not some theoretical issue, nor is it a subject for rhetorical debate. It is a harsh, unforgiving reality which is taking a toll because of increasingly frequent, severe and devastating droughts.

The frequency of droughts and the pace of land degradation are indeed a major challenge. Over the past twenty years, these phenomena have impacted more than 1.5 billion people worldwide, causing more than $124 billion worth of economic losses.

In Africa, millions of hectares are threatened by desertification due to the encroaching desert, which in some areas is spreading at a rate of 5km a year. Land degradation is also a multiplier of vulnerabilities.

When environmental security is threatened, that affects food security, human security and, in fact, all matters relating to security in general. Land lost to life is land which compounds insecurity.

As we can all see, areas suffering from extreme environmental degradation are also often areas where conflicts break out, where populations are displaced and where terrorist and separatist groups seek to get a foothold.

It is clear that the climate is changing, that water resources are becoming scarcer, that populations are growing, that cities are expanding and that agricultural land is shrinking and deteriorating.

However, we are determined to combat the common enemy of desertification through coordinated, solidarity-based action. Several flagship regional initiatives, suited to African realities, are helping to build African resilience to drought.

In this regard, I welcome the Abidjan Initiative, which will be adopted by our Summit. I hope it will constitute a basis for sustained, practical mobilization to turn political commitments into concrete measures.

With that in mind, I call for the establishment of a genuine African alliance against desertification, and for furnishing it with sufficient financial and technological resources to ensure effective action.

Beyond the agreed timeframe of COP15 on desertification, the Abidjan Summit brings in a much-desired logic of action. When it comes to drought and land degradation, we need no further convincing.

Now is the time to speed up the implementation of practical programs in order to combat desertification within the framework of concrete, pragmatic and revamped regional cooperation.

The fight against climate change is not just about reducing greenhouse gas emissions; it also involves sustainable land management. Our fight implies action on several fronts, particularly the preservation of ecosystems, the conservation of biodiversity and reduction of the precariousness of vulnerable populations.

We are carrying out these efforts with great resolve at the regional and international levels, but also at the national level.

Thus, Morocco, which hosted the COP 22, is also the country that has raised its Nationally Determined Contribution to a 45.5% greenhouse gas emissions reduction by 2030. Similarly, the adaptation and mitigation strategies we are championing at the international level are also those we are promoting at home in order to provide our country with an inclusive, sustainable management model. The “Forests of Morocco 2020-2030” and “Green Generation 2020-2030” strategies are part of the goal to reverse the process of land degradation, reduce the spread of desertification and mitigate its impacts while promoting human and social development.

My commitment to the fight against drought, to safeguarding biodiversity and preserving ecosystems is fully in line with my resolve to conserve and protect a resource that is crucial to life: water.

The “National Water Plan” I have put in place seeks to ensure water security as well as the quantity and quality of the water resources needed. For its part, the New Development Model I have promoted makes the conservation and promotion of water resources one of the priorities of that model, which is as much anchored in the present as it is turned towards the future.

Because the water sector is vital, the Hassan II Great World Water Prize is both a platform for the promotion of global awareness and a prestigious forum for emulation, where innovative, sustainable and integrated solutions compete to advance the cause of water resources.

The fight against desertification and land degradation is an existential struggle for everyone – and even more so in Africa. This fight should not be hampered by a lack of technological capabilities or financial resources, much less political will.

Reducing vulnerability to drought; building capacities for sustainable land management; making sure regional and international efforts converge; enabling the deployment of specific solutions and controlling water stress – these issues should be on the frontline of the fight against desertification; a fight for all, and at all times. 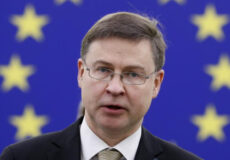