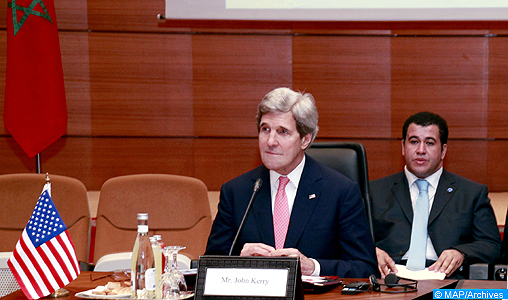 “Morocco is a tremendous partner in the global fight on climate change. I personally experienced HM King Mohamed VI’s commitment when Morocco hosted COP22” in Marrakech in 2016, said Kerry in a tweet broadcast on the sidelines of the “Climate and Development” Ministerial Meeting, organized this Wednesday in virtual mode at the initiative of the United Kingdom.

“We’re eager to deepen our partnership” on the way to Glasgow, which will host the 26th United Nations Conference of the Parties on Climate Change (COP26) on November 1-12, 2021, said Kerry.

The “Climate and Development” ministerial meeting brought together ministers and stakeholders to identify next steps to address a series of priority questions for climate vulnerable communities ahead of COP26.