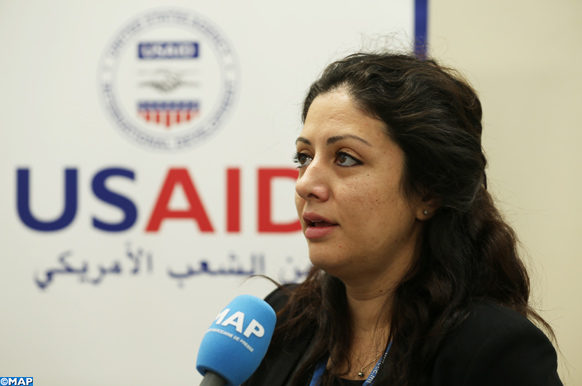 Marrakesh – Morocco is a “leader” and a “model” to follow in the Middle East and North Africa (MENA) region in the fight against climate change, said USAID Regional officer for MENA Alexandra C.M. Hadzi-Vidanovic.

Morocco is very committed to sustainable energy, as shows its solar plan and Ouarzazate power plant which deserves the admiration of the whole world, she said.

“It is a model in the MENA region,” she added in an interview with MAP on the sidelines of the COP22 conference, held on November 7-8 in Marrakesh.

In this regard, she stressed that “it is great that the COP will be held this year in Africa,” adding that “the United States is pleased to work with Morocco and African countries to honor the commitments made last year within the framework of the Paris Agreement.

Hadzi-Vidanovic welcomed cooperation between USAID and Morocco, adding that the United States will continue working with Morocco in various fields, including renewable energy, and supporting cooperation in the MENA region.

In Morocco, she said, USAID is financing several actions and partnership projects to promote the use of new technologies in the field of renewable energy.