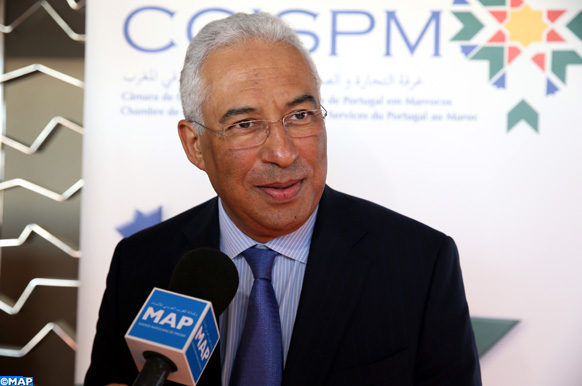 Casablanca, 17/11/2016 (MAP) – The Moroccan presidency of the 22nd Conference of Parties to the UN Framework Convention on Climate Change (COP22) will give a new impetus to the implementation of the Paris Agreement, said Portuguese prime minister António Luis Santos da Costa.

“Humanity pins all hopes on decisions to be taken during this conference, and with the Moroccan presidency, we will have a new impetus to implement goals set during the COP21,” da Costa told MAP.

The Portuguese prime minister, who visited Morocco to take part in the COP22, highlighted the good organization of this global event, describing as exceptional this world’s climate summit.

On the Moroccan-Portuguese relations, he underlined the historical dimension of bilateral relations, terming as excellent the cooperation relations between the two countries.

Morocco is a gateway to Africa, he noted, stressing the importance to benefit from the geographical closeness between the two countries.