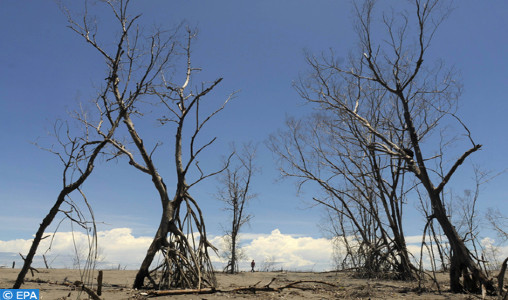 Rome – The commitment of Moroccan youth to climate action was highlighted in Rome, during a symposium organized by the Italian Carabinieri on the occasion of the International Day of Biodiversity.

“HM King Mohammed VI encourages the involvement of Moroccan youth in efforts to fight against climate change in the world,” said the founder and president of the Association of Youth for Sustainable Development in Morocco, Hatim Aznague.

“Thanks to the farsighted vision of HM the King, Moroccan youth are at the forefront of global advocacy for the fight against climate change,” he stressed, noting that “the Kingdom promotes the creativity and initiatives of youth in climate action.

In this regard, he called for the involvement of the new generation in the process of policy development to enable them to follow up on projects, noting that whether in the fields of education, technology, science or law, young people from all walks of life mobilize their skills to take a stand for climate action.

In addition, Aznague stressed the efforts made by the Kingdom under the leadership of HM the King in the fight against climate change, highlighting the pioneering Moroccan experience in this field at the continental and international levels.

During this international conference, experts from all over the world discussed the means to materialize commitments towards the environment and the possibility to create a new culture of nature.

Valuing biodiversity in the name of a greener and more sustainable future was at the heart of this conference, which was marked by the signing of a memorandum of understanding between the Italian Ministry of Education and the Carabinieri in favor of environmental education.

The United Nations has proclaimed May 22 as the International Day for Biological Diversity in order to increase understanding and awareness of biodiversity issues.