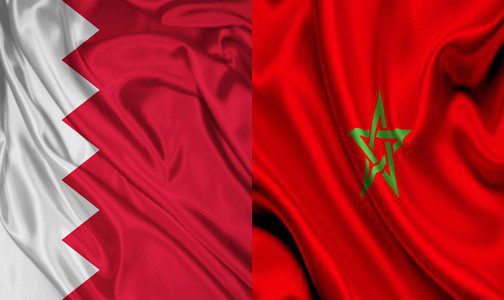 Manama – Morocco and Bahrain have signed a Memorandum of Understanding (MoU) aimed at strengthening bilateral cooperation in the sector of renewable energy.

Signed, via videoconference, by the Minister of Energy Transition and Sustainable Development, Leila Benali, and the Bahraini Minister of Electricity and Water, Wael bin Nasser Al Mubarak, the agreement covers the exchange of expertise, technology transfer, capacity building and the consolidation of public and private investment in the renewable energy sector.

This agreement also seeks to encourage investment and exchange of expertise, especially in relation to solar energy projects, the development of storage technology and automation, as well as programs to strengthen skills.

Under this agreement, the two sides will work on the development of several activities, including programs to assess renewable energy resources, projects to integrate solar energy techniques in buildings, as well as support training and workshops in this field.

The two countries are also committed to develop relations of governmental and academic institutions with the private sector.

Speaking on this occasion, the Bahraini minister noted that the guidelines of the leaders of the two countries, as well as bilateral relations are the basis of cooperation prospects between the various sectors in the two kingdoms, expressing his wish to strengthen bilateral cooperation and exchange of expertise and global practices, in order to achieve the common goals and pursue the path of development, for a better and sustainable world.

For her part, the Moroccan minister praised the fraternal ties and strong cooperative relations between the two countries in several areas, saying that both sides aspire to raise these relations to higher levels in the service of common goals, in implementation of the guidelines of the leaders of the two countries, His Majesty King Mohammed VI and His Majesty King Hamad bin Issa bin Salman Al Khalifa.

“This MoU is a model of cooperation through which we aspire to achieve a sustainable, comprehensive and flexible energy transition in both countries, through the exchange of expertise and best practices, as well as technology transfer and capacity building,” she pointed out.

The Minister reviewed the main outlines of the national energy strategy, which seeks to make the energy transition a driver of economic and social development in Morocco, noting that this strategy aims to ensure supply security, availability of energy, widespread access to energy, control of demand and preservation of the environment.

To achieve these objectives, Benali stressed that strategic guidelines have been adopted and declined into action plans in the short, medium and long terms, including diversification of the energy mix, its improvement and development of renewable energy and energy efficiency, in addition to ensuring flexibility in the power system, consolidating the decentralized production of electricity, developing a carbon-neutral industry and exploring new sources of energy, innovative methods of energy storage, as well as strengthening the regional inclusion.

In this regard, Morocco has set out ambitious targets, including the consolidation of the share of renewable energy in the electricity mix to more than 52% by 2030 and strengthening energy efficiency by reducing energy consumption by 20% by 2030.

In addition, the Minister underlined that Morocco has already begun to benefit from this strategy, noting that more than 50 projects have been developed with a capacity of 4 Gigawatt, while 60 other projects are underway.

In addition, she noted that renewable energy projects are designed to achieve integrated economic development, which can enhance its direct impact on employment, education, health, agriculture and infrastructure development, and contribute to improving the living conditions of citizens and sustainable economic development.