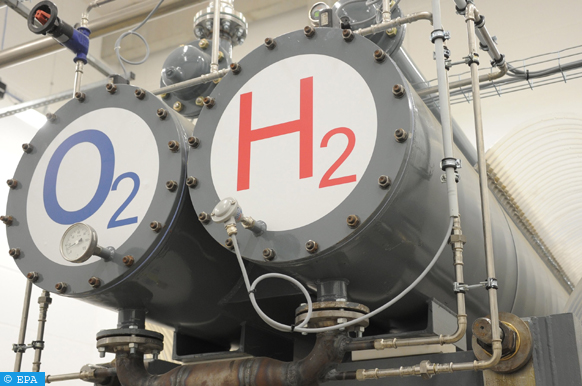 Rabat 14/06/2021 (MAP) – The ministry of Energy, Mines and Environment and the International Renewable Energy Agency (IRENA) have recently signed a partnership agreement to strengthen joint collaboration to advance knowledge in renewable energy and to accelerate the energy transition.

Morocco and IRENA will work closely to advance the national green hydrogen economy as the country aims to become a major green hydrogen producer and exporter.

Under this strategic agreement, the two parties will actively pursue green hydrogen studies and jointly explore policy instruments to engage the private sector at a national level in the green hydrogen economy, says a statement by the ministry of Energy, Mines and Environment.

Morocco, considered as a regional energy transition pioneer, has revised upwards its renewable energy ambition with a decision to increase the share of total installed capacity to more than 52 per cent by 2030 – exceeding the country’s objective announced at COP21 in Paris.

Under the agreement, the two sides will work together to develop technology and market outlook studies, craft public-private models of cooperation in the hydrogen space, explore the development of new hydrogen value chains and lay the groundwork for the trading of green hydrogen at a national and regional level.

The two parties will also conduct joint analyses that further explore the socio-economic benefits of renewables, emphasising the development of new value chains, job creation at the national level and lessons learned to the broader region.

More broadly, IRENA and Morocco will work together to strengthen the policies and regulatory frameworks for renewable energy deployment and energy efficiency applications in the Kingdom.

Furthermore, the two parties will promote renewable energy investments, including climate finance, through the development of solid project pipelines with enhanced bankability and the facilitation of access to finance, including in the context of Coalition for Sustainable Energy Access initiative and the Climate Investment Platform (CIP).