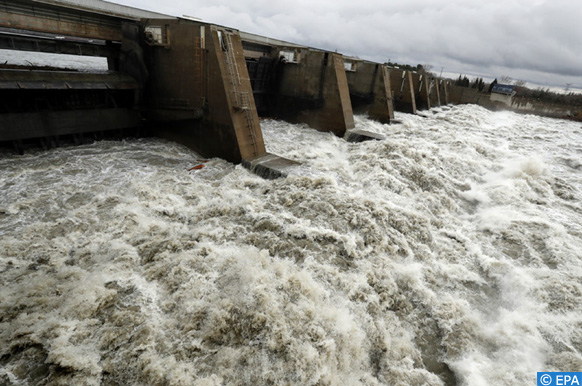 Rabat – Morocco is a major water nation given its achievements in the protection and management of water resources, said Thursday in Rabat World Water Council President, Loïc Fauchon.

During a working meeting with Abdelkader Amara, Minister of Equipment, Transport, Logistics and Water, Fauchon praised Morocco’s efforts in protecting and securing water resources, especially through the dam policy launched by the late HM Hassan II.

He also highlighted the strategies initiated by the Kingdom for the distribution of water and the effort of innovation in alternative resources, through wastewater desalination and reuse.

This meeting, which is part of the preparations for the World Water Forum scheduled for March 2022 in Dakar, is a “pilot meeting” that will show other countries how we work harmoniously with Morocco to prepare for this global event,” Fauchon told the press.

“We have come to look at the conditions of the preparations for the next World Forum,” he added, highlighting Morocco’s support for the World Water Council.

For his part, minister Amara stressed the distinguished relations binding Morocco and the World Water Council. The meeting with Fauchon focused primarily on preparations for the participation of Morocco in the Dakar Forum, he added.

Recalling that the first forum of its kind was held in 1997 in Marrakech, the minister noted that the Kingdom has always had distinguished participation in the various Water Forums.

The 9th edition of the World Water Forum, initially scheduled for March 2021 in Dakar, was postponed due to the novel coronavirus pandemic.