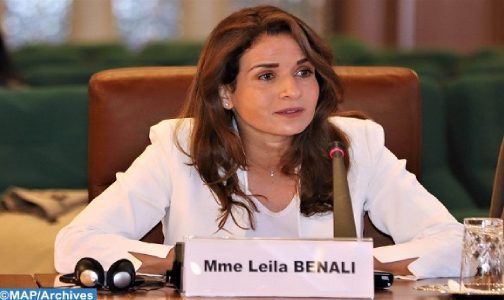 Speaking with national media, Benali pointed out that this gas infrastructure which includes gas pipelines, ports and storage and regasification units will not only guarantee competitive energy to the sector of electricity but also to the industrial sector which struggles to have access to natural gas today.

The minister stressed the importance of the construction of regasification units, noting that the achievement of energy sovereignty in terms of natural gas requires the transformation of liquefied gas which must be done on national territory and the Moroccan maritime space, whether at the level of a floating power station or an inland terminal.

The minister called on industrialists to carry out their economic and financial calculations to decide on the most immediate solution, noting that, according to the National Ports Agency, the ports which are relatively ready to receive liquefied gas are those located in Mohammedia and Nador.

Mrs. Benali also underlined the need not to be limited to one port and to prepare others on the 3500 km of coasts including that of Jorf, an industrial center, Tangier and Dakhla which aims to become a green industrial region.

“We can prepare four ports not only to receive natural gas but also to enable, at the same time, an integrated development of the city and the region,” she said.

Liquefied gas has special safety standards, she explained, calling for the competent authorities to be given the necessary time to carry out studies on this issue.

Morocco is also called upon to become a leader in competitive hydrogen, said Ms. Benali, stressing the importance of the gas infrastructure of the 21st century “which can allow us to mix hydrogen like the countries which mix in existing gas pipelines 30 pc of hydrogen.”

Referring to the relative delay experienced by the Tendrara and Larache projects, the minister said she preferred that they be part of this 21st century gas infrastructure. 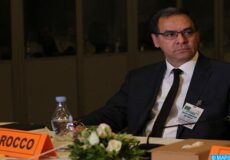