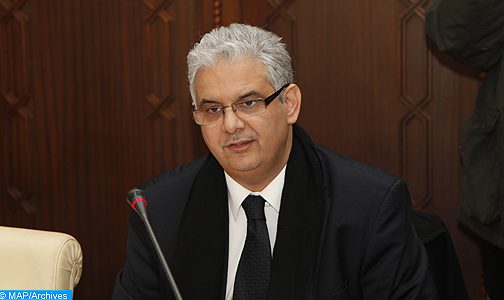 Rabat – The Competition Council advocates opening the natural gas sector to investors in order not to mortgage the evolution of this embryonic market, said its chairman, Ahmed Rahhou.

“It is important to adopt a competitive approach, to ensure freedom of access to this energy as well as the freedom of the consumer to have various choices and from multiple players,” said Rahhou, in an interview with M24, the news channel of MAP, on the occasion of the publication of an opinion on the draft law No. 94.17 on the downstream sector of natural gas in Morocco and amending the law No. 48.15 on the regulation of the electricity sector.

“This bill is of great importance, given the particularity of this clean and cheap energy,” said Rahhou, recalling in this sense that in a short time carbon energy emitting CO2 will no longer be financed, while renewable energy will be the accompaniment of the global energy policy.

The Council has thus considered, in its opinion issued under this draft text that it is essential not to freeze the market situation, to regulate and opt for its openness to allow investors to import gas, invest in infrastructure and in various platforms, said the president of the institution.

The purpose of this openness and flexibility is to have natural gas as a source of energy that is “cheap, at the lowest cost” and thus open the field to a maximum of investors in the market, he stressed.

The vision of the Council on this issue is to resonate “concession linked to investment,” said Rahhou, adding that the monopolies will have to be justified and intervene after investments.

He noted in this sense that it is preferable to replace the monopoly by a concession system. “An investor can negotiate a concession, for a specified time, in order not to face unjustified competition, in return for an infrastructure investment”.

The investor may enjoy benefits to protect its investment, for a given period, but not for infinity and not on the entire national territory, he noted, pointing out that the opening of the sector is through concessions and benefits granted, the result of an investment program and not a priori.

Without creating monopolies and opting for a system of concession, it is essential to ensure that the energy of natural gas can arrive in the most competitive way possible, ensure a good price and availability to the final consumer, namely industrialists and energy producers, he said.

A broad monopoly granted throughout the national territory may freeze the market, if the recipient operator is unable to implement an investment, he warned, noting that it is possible to favor an investor in a certain period to amortize its investment.