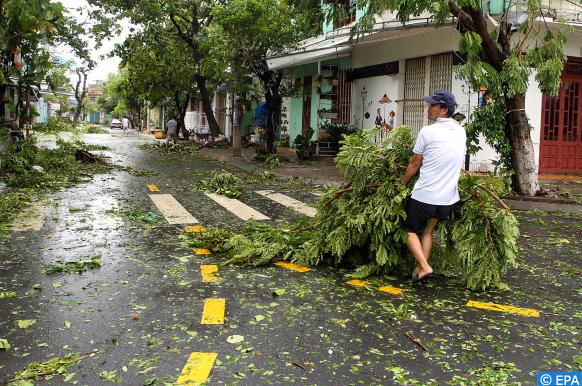 New Delhi – Northeast India is preparing for the passage of typhoon “Sitrang” which is currently sweeping the Bay of Bengal, said Sunday, the Indian Meteorological Department (IMD).

This cyclonic storm has been moving northeastward over the Bay of Bengal at a speed of 12 km/h over the past few hours, the IMD said, noting that the typhoon will make landfall in the northern Bay of Bengal early Tuesday.

“Due to the cyclonic storm over the Bay of Bengal and its likely intensification into a severe cyclonic storm, fishermen are advised not to venture out to sea until Tuesday,” an IMD statement said.

In the last two years, the Indian state of West Bengal has faced two very violent cyclones, Amphan and Yaas, which killed about 100 people and displaced thousands.