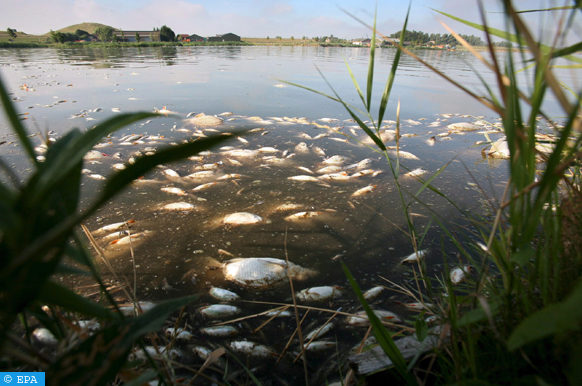 Berlin – A “sudden increase” in the salt content of the Oder river caused a bloom of toxic algae and killed hundreds of tons of fish this summer, a report by German experts said Friday.

“The most likely cause of the fish die-off in the Oder is a sudden increase in salinity which, combined with other factors, caused a massive spread of a brackish water algae that is toxic to fish,” explains the report presented by the German Ministry of the Environment.

The algae, called Prymnesium parvum, “produces a toxic substance that is fatal to fish and other aquatic organisms,” the report added.

It is said to have appeared after an accumulation of salt, which remains unexplained, and caused the death of around 300 tons of fish in this river on the border of Germany and Poland this summer.

“Experts were forced to leave open what was the cause of this unusually high salinity,” according to the sale source.

“We also do not know how the brackish water algae, which we normally find in coastal waters, found its way inland,” the experts added in a statement released by the environment ministry.