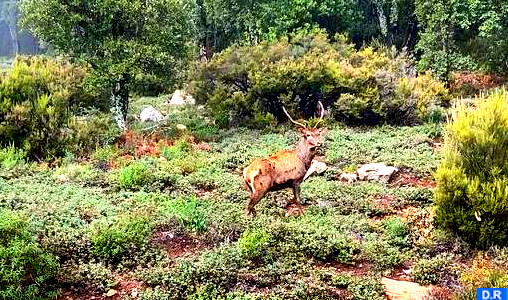 Tetouan – Central and regional services in charge of Water and Forests carried out, last week, an operation to reintroduce the Berberian Deer in the Bouhachem Nature Reserve, located in the Western Rif region (North).

“A total of 27 Berberian deers (4 stags, 20 does and 3 juveniles) from the Kissarit reserve in the Middle Atlas (center) were released on December 17 in a special adaptation enclosure in the reserve of Bouhachem,” Regional Director in charge of Water and Forests and the Fight against Desertification of the Rif, Said Benjira told MAP.

The released animals will be the first nucleus of a large program of reintroduction of the Berberian deer in the wild in the Northern region, he added.

This operation is part of the implementation of the “Forest of Morocco 2020-2030” strategy in terms of biodiversity conservation and enhancement of forest areas, Benjira explained.

This initiative will be accompanied by a close monitoring of the animals’ behavior in their natural habitat, the official explained.

Besides its added value for biodiversity and wildlife conservation, this initiative will have a very positive impact on the enhancement of forest ecosystems and the development of ecotourism in the Bouhachem forest areas.

One of two parks in the Rif Mountains, Bouhachem is exceptionally beautiful and covers an enormous territory. The forest has various species of oak and maritime pine and is home to an important number of birds, mammals (including the rare Barbary macaque) and reptiles.

The Berberian deer, the only species of deer in Africa, disappeared from Morocco in the 19th century and was reintroduced in the Tazekka National Park (north of the Middle Atlas) and the Kissarit (Azrou) reserve in semi-captivity during the 1990s. 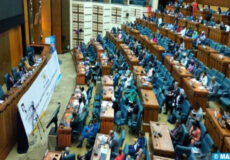 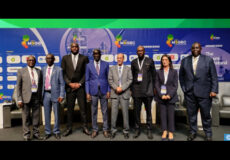