Organized by the Mohammed VI Foundation for the Protection of the Environment, whose president HRH Princess Lalla Hasnaa is patron of the United Nations Decade of Ocean Sciences for Sustainable Development (the Decade of the Ocean), in close collaboration with the Intergovernmental Oceanographic Commission of UNESCO (IOC-UNESCO), this 2nd Foundations Dialogue brings together global leaders from more than 20 philanthropic foundations and international experts in resource mobilization.

“When we left Copenhagen after the first edition, the Mohammed VI Foundation for the Protection of the Environment was committed to ensuring that this Dialogue would not be a one-time event, but rather that the Dialogue would be an ongoing and periodic opportunity for us, as Foundations and philanthropic organizations committed to ‘Ocean Action, to meet, take stock of how far we have come and how far we need to go, and inspire rapid collaboration and action aligned with the framework of the UN Decade of Ocean Science for Sustainable Development,” the Foundation said on the occasion.

“As we look ahead today to the UN Conference on the Oceans in Lisbon, we are pleased to have delivered on our commitment and look forward to impactful outcomes,” the Foundation stressed.

The second Foundations Dialogue, which runs until June 03, builds on the achievements of the first edition, held in February 2020 in Copenhagen, and which was organized by the VELUX Foundations. This event strengthened working relationships within the global philanthropic community in support of ocean science.

Over the course of the three days, stakeholders from Africa, Europe, North America, Oceania, and South America will discuss the role of philanthropic foundations in co-designing and using transformative ocean science needed to address the Decade’s ten challenges and contribute to the ambitions of the 2030 Agenda for Sustainable Development.

Proclaimed in 2017 by the United Nations General Assembly as the UN Decade of Ocean Sciences for Sustainable Development (2021-2030), “The Decade of the Ocean” aims to stimulate ocean science and knowledge generation to reverse the decline in the state of the ocean system and catalyze new opportunities for the sustainable development of this vast marine ecosystem, read the Decade website.

The vision of the Decade of the Ocean is “the science we need for the ocean we want,” the same source said, adding that the ocean provides a framework for bringing together scientists and stakeholders from various sectors to develop the scientific knowledge and partnerships needed to build on advances in ocean science, thereby achieving a better understanding of the ocean system and providing scientific solutions to achieve the 2030 Agenda.

The UN General Assembly mandated the IOC of UNESCO to coordinate the preparations and implementation of the Decade. 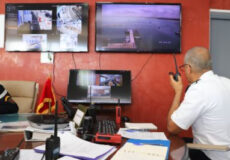 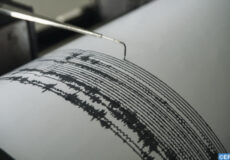